Video Scanner is a small application that enables you to locate problem spots in video playback.

When working out high quality settings for video formats for devices such as smartphones and tablets, it helps being able to get an idea of possible issues without actually watching the entire video. There are applications that can help, such as Bitrate Viewer and Mediainfo, but they are designed for looking at the information of a single file.

When working with different settings, I often setup a test conversion of a few minutes, and convert the same section multiple times using different options and settings.

Comparing those one by one is a bit cumbersome, so I made a small app that would allow me to do a compare of multiple files at once. 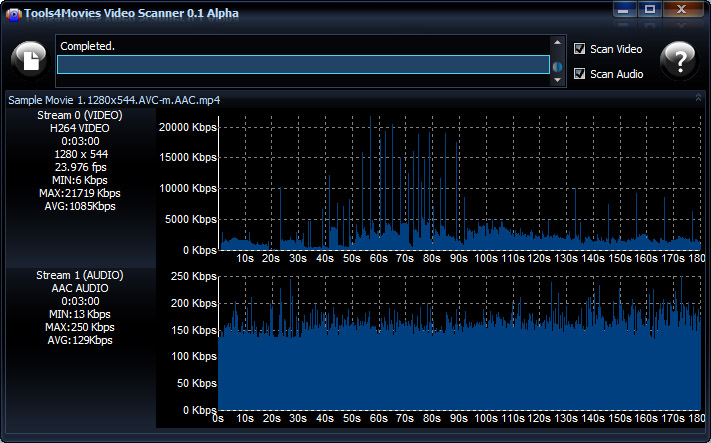 What does it do?

You are trying to get the best possible quality settings for video playback on your phone or tablet. You managed to get settings that work, however, when you are watching the movie, at certain spots in the movie, you encounter stuttering playback, which is often an indication that the bitrate during those scenes is too high.

If you make a note of the time where you ran into stuttering playback, you can use Video Scanner to get a better idea. 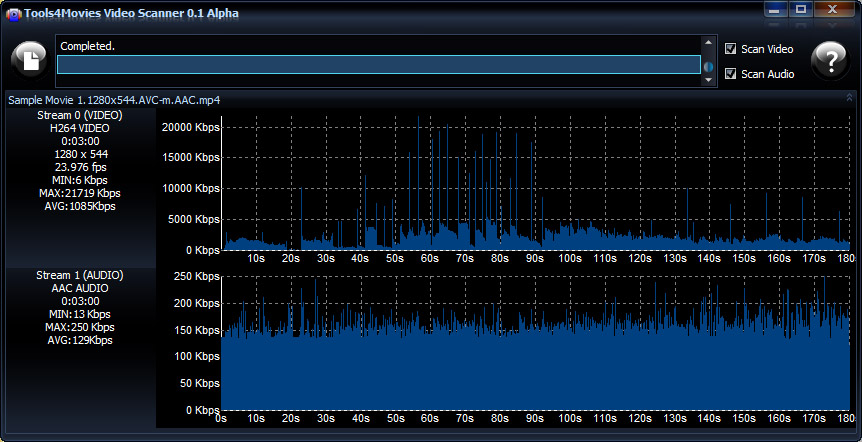 If you look at the graph, you will see some peaks. Single lines that go quite a bit higher than the rest. If you look at the time position of where you encountered your stuttering playback, and it has such a peak, it is quite likely that the bitrate of your video settings exceeded the capabilities of your device.

Aside from the graph, some basic information is displayed that can also help. Here we see that the average (AVG) bitrate is 1089Kbps, but the highest noted (MAX) bitrate peaks to 21719Kbps.

Of course, you can work the other way around as well. Rather than watching your movie first and then run into issues, if you run the created video file (before watching or copying to your device) through Video Scanner first, you can identify possible “choke points”. The peaks displayed in the graph could possibly cause stuttering issues, so it might save you from ruining your movie watching experience.

You are trying different conversion settings, and when looking at the actual videos you can’t see much of a difference. 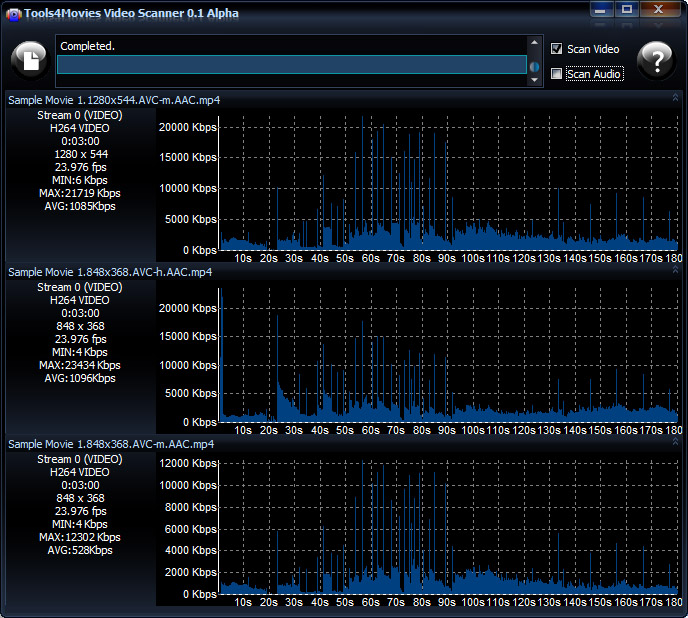 Note, at the top right, I removed the checkmark for scanning audio, so only the graphs for video are displayed. If you forget, at the top right of each graph is a small arrow that will let you collapse the individual graphs.

Why did you release it?

Video Scanner a small app I made for my personal use. It has been of great help to me with troubleshooting video playback on numerous devices, and saved me countless of hours of skimming through video to find choke points. Of course Bitrate Viewer works in a similar way, but the ability of comparing multiple test files and include audio as well has been really useful to me.

Rather than holding on to it, I figured there are likely other people out there who would find a use for it, so I am releasing it as a free “Alpha” app.

I have no idea when or even if it will ever reach an official “1.0” release, but who knows what time will bring. 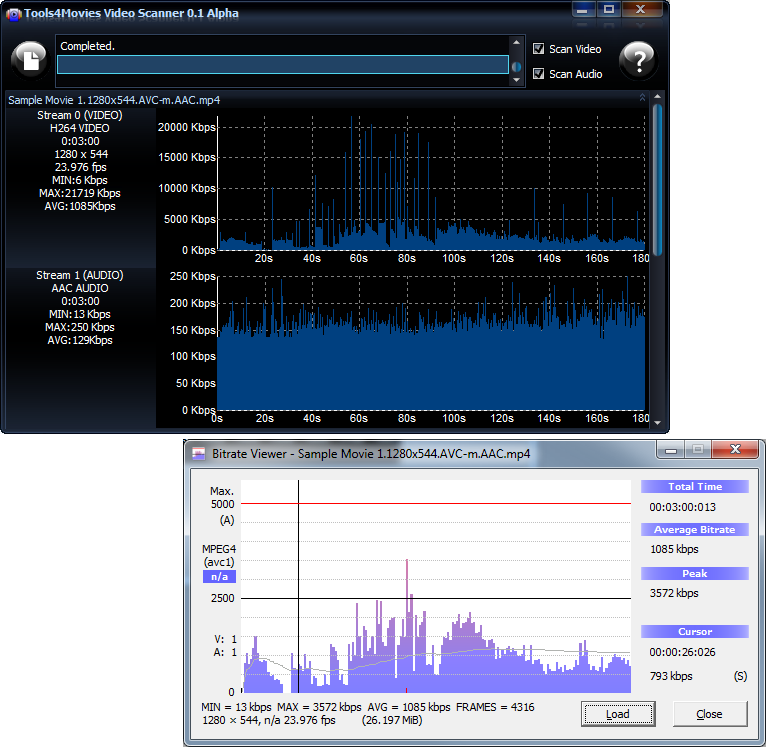 Note: Video Scanner Alpha is completely free, and does not include any crapware/malware or anything else nasty. It is just the app. If your security software (Symantec Norton for example) complains, I’d recommend to look for a different security software application.